On March 4th 2017 we held Brian Rice’s private view, which included the artist signing his new book Brian Rice – Paintings 1952-2016. You can purchase this from us during the exhibition at a special price of £30. Through our installation shots you can peruse the front and back gallery, and to help context, there have been a number of publications about the exhibition including ‘Country Life’ and below ‘Resurgence & Ecologist’. You can view the full exhibition here. We will soon post images of Brian’s Prints in Gallery 2. Here’s a sneak of Brian at the Private View!  You can Find us on FB, Twitter and Instagram #belgravestives  as well as this blog. 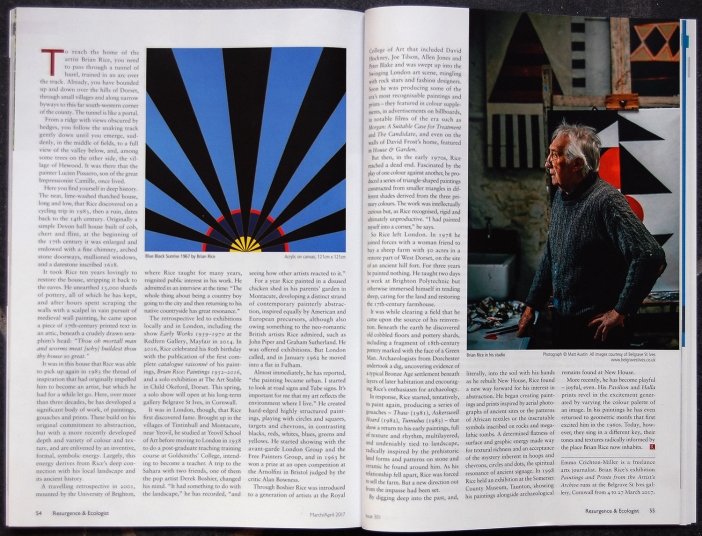 Above: ‘An Artist Renewed By Time, Earth and Place’ • Emma Crichton-Miller A profile of Brian Rice, ‘Resurgence & Ecologist‘ magazine, March/April 2017, No. 301 MANIFESTO FOR A GREEN MIND.

Rice’s career trajectory has seen a working-class country boy going to the city and then returning to the country – very Thomas Hardy, very Jude the Obscure. In London, instead of fields and hedges, Rice was looking at street signs and advertisements, and for a time that suited him and his art. But the sustenance of such popular imagery – and its formal geometrical counterpart – was soon exhausted, and Rice had to look elsewhere to refresh the week-springs of his art. He re-encountered the countryside and began to explore it in greater depth. As chevrons now became the patterns of fields emerging through snow, so did his more heavily worked paintings express his new understanding. (‘What’s underneath became as important for me as what’s on the surface.’ he declared.) 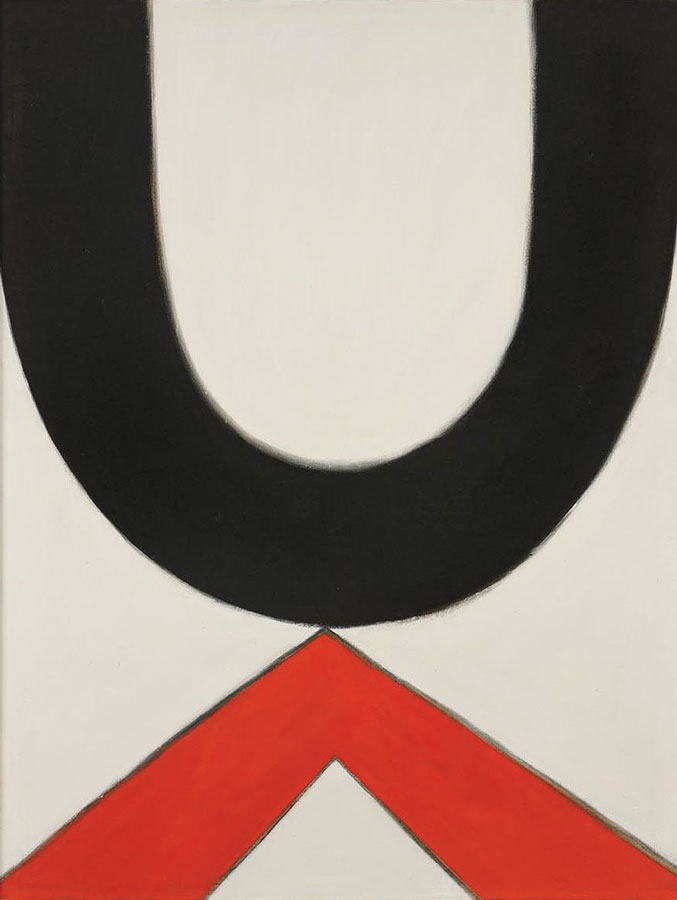